Orthotics For Our Animal Friends

The role that orthotics play in contemporary veterinary medicine is one that has quickly become indispensable. The notion that instead of your animal having a nagging limp or an otherwise frustrating limb or joint problem, your animal will be able to wear a brace or orthotic device that will enable them to have full or fuller use of that limb or joint is nothing short of remarkable. Today we’ll explore the world of animal orthotics: how they came to be, how they have evolved, where they are going, and how they might help your beloved animal.

The History of Pet Orthotics

Twenty-five to thirty years ago animals with impaired limbs, even our beloved pets, were almost systematically euthanized. As Americans’ incomes grew and the money they were willing to lavish on their pets became greater, however, there was a shift that came with the notion that if your pet lost a limb, their quality of life would be so bad that it wasn’t worth living at all, and euthanization was the only real option. What we saw was, instead, that pets, including cats and dogs specifically, and other animals to greater and lesser extents did just fine on three legs, if they needed to have a partial or total amputation of the limb. Pets adapted very well to not having the use of that limb, and got along just fine running around on just three limbs all the time.

Following that thinking, as well as increasing availability and capacity for use in orthotics among human beings, the advent of pet orthotics was right around the corner. Now instead of euthanization or a possibly painful stump from amputation, animals could receive an assistive brace or other orthotic device — known as an orthosis — which would assist them in their balance, potentially reduce muscle or nerve pain or neuropathy or provide a varied breadth of benefits to animals who are not suffering from pain or problems associated with amputation, but a wide variety of other issues. Animals suffering from problems such as a torn meniscus, arthritis, injured cruciate ligament (ACL or CCL), ruptured Achilles tendon, nerve or spinal cord injury, genetic anomaly or various other problems and injuries, who previously had no recourse other than taking drugs to cope with the pain, were now able to receive supportive care for their injuries. Many braces were made available in a one-size-fits-most variety, and many others could be made to conform to the exact shape of the animal’s body.

These days, a handful of companies exist that are devoted to mass-manufacturing of pet orthotics, and many more exist that work to manufacture custom orthotics only. This is where Specialized Pet Solutions comes in, as we always offer a constantly customized approach. Every animal’s body is different, and the way that nerves and muscles, cells and ligaments are arranged throughout is going to be different.

We believe, then, that is crucial to take into consideration the exact form and specifications of your animal or pet when creating orthotic devices for them. Even orthotics created for a specific dog or cat breed or type don’t take into account the myriad differences that exist between individual animals within those breeds, especially if they are dealing with something like a genetic mutation or deformity of some kind. The same type of brace or bootie, or orthosis of any kind, is not going to fit each animal the same way. And if an orthotic device gives the animal more pain or discomfort, there isn’t really any point to having them wear it.

Considerations For Your Pet’s Orthotic

It’s important to take into account a number of considerations for your pet’s orthotic device, such as: 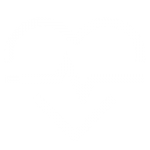 Will the actual product be the best solution for the health and well-being of your animal? 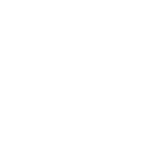 How will the orthotic sit on the body? Will there be any rubbing or abrading to be concerned with? 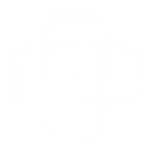 What material will be used? Will it create any sores or rough spots on your animal’s skin or fur? 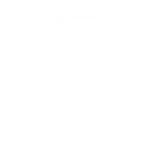 How will the product function? What problem will it address? Will it possibly create other additional problems? 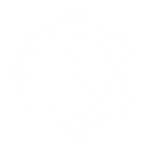 Orthotics have to be removed several times a day to check on the quality of the underlying skin and/or fur. 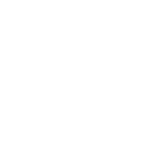 Orthotics should fit comfortably however your pet is moving, so if it is a device that fits while standing but not while laying down it may need to be reevaluated, as you want your pet to be in an orthotic that allows them as full a range of motion as possible. 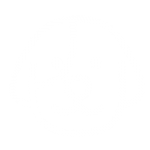 Is putting the orthotic on your animal a particularly burdensome task for them, or something difficult that they feel they are suffering through? 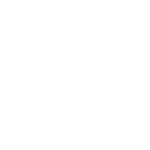 Is the orthotic hindering your pet from doing anything? Do they have a full range of motion, as well as comfortable extension and retraction? 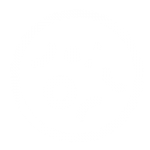 Is it easy to clean? The orthotic device is sure to pick up a fair amount of dirt and sweat from your animal’s daily activities, so cleaning it should be a simple task.

With how many considerations there are, it almost seems like you are going to be the one wearing the orthotic! And that’s not a bad way to think about it, because you would want your pet to be cool, comfortable, appropriately supported, and feel good wearing their orthotic, just as you would want to feel if it were your own orthotic device.

Pricing for an Orthotic

While orthotics for pets aren’t generally extremely inexpensive devices, they are generally considered worth it for your pet’s health and well-being. The prices do range widely based upon what your pet specifically needs.

At Specialized Pet Solutions we create completely custom orthotic pieces for your pet, down to the customization of the color. That being said, our dog orthotic devices, which include stifle braces, carpal/wrist braces, and hock/tarsus/Achilles braces, are priced at $645, and that does include all of the customizations. We will send you a kit for casting your dog and you or your veterinarian can follow the simple, step-by-step process to cast their limb accurately.

We also offer a larger animal orthotic, fit for donkeys, ponies, and other larger animals, for $795.00, with a similar casting process to accompany.

We think this difference is clear: in getting a customized orthotic device, you’re getting an orthosis that fits your animal and no other, and that means that the majority of the considerations were had to make get taken care of in the process of casting orthoses that will fit your animal perfectly.

It’s an incredible world we live in now where we can offer so much to our beloved furry friends. Animal orthotics is an amazing industry that is truly just taking off in terms of its offerings to its patients, and we’re all excited to see it grow by leaps and bounds in the future. We hope you’ll be along for the ride. If you have any questions, please feel free to contact us at Specialized Pet Solutions at any time. We’re so grateful you were able to take a moment to stop today and  check out what the exciting world of animal orthotics has to offer.